Competitive gaming is in extreme danger  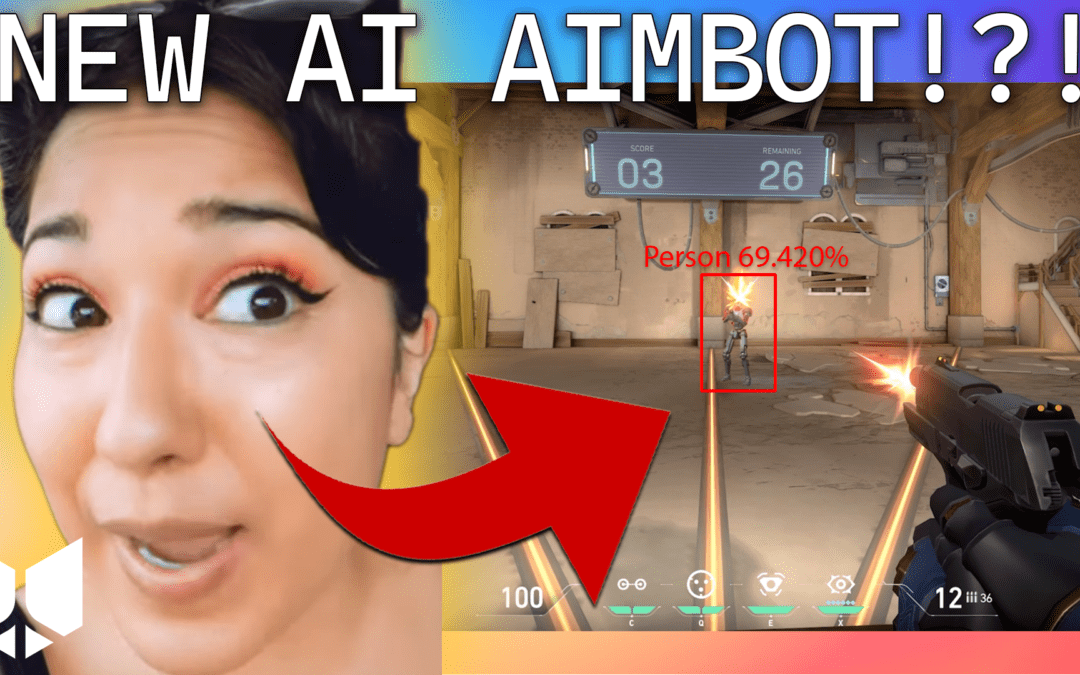 It seems like every new game that gets released now-a-days includes some type of ranked mode in order to show off your skill. This is cool and all and allows you to show off how much better you are than your friends but that is where the issue starts. If there is competition, there are cheaters.

The issue grows even more since almost every developer doesn’t understand how to properly protect their games, let alone keep normal software from exploitation or cheats. But this could pale in comparison to the problem of A.I. cheats.

Most developers do not stay up to date or understand the insane advances in A.I. technology that is available right now. Combo that with advances in powerful consumer GPUs and the competitive gaming space may no longer exist in the future.

I’m talking about every single game like CSGO, Tarkov, Fortnight, and even Roblox is currently in danger of being ruined forever because of A.I.

Well every game except for Valorant to a certain extent. Riot’s dev team for Valorant is currently ahead of all their competitors when it comes to cheating.

How do I prove to you this danger is real? Well, let’s just make an A.I. Aimbot that works in any game, is undetectable, is easy to develop, and we will even give you the code to learn from and patch your future games from this new threat to the gaming community.

Don’t go to college. We are a nonprofit organization that certifies and educates people in the computer science realm. Most colleges are purely a cash grab and offer you a subpar education, especially if you are trying to become a programmer.

Instead, become a certified Developer through us, RootKit. Our guides are free and posted on our github if you want to teach yourself OR if you would rather have someone teach you, enroll in our Apprenticeship program where we will teach you personally!

For more information join our discord or check out our website, rootkit.org.

To first start out making this A.I. aimbot, let’s load up a competitive shooter like CSGO and take a look at what we see in game, and start to determine how we can make this aimbot.

Ok, so there are humanoid characters that we need to aim and fire at. Seems simple enough.

Next question, how do we make it undetectable? To answer that, we need to answer the question: what is something that you can do in any game, and no one would question it because it’s just a normal thing to do… Screen recording.

With the rise of Twitch, live capturing of game footage is a pretty normal thing that most normal computers can perform without any special equipment like an elgato device.

Perfect. I also added a live view of the screen recording in order for us to see what the program sees.

Next we need to simply add an A.I. system to detect humanoid characters in our screen recording. So let’s get to writing this up from scratch…

Hell naw, i’m just kidding. So A.I. is a very broad term that is now typically only used for marketing reasons like clickbait. There is a subcategory of A.I. called Machine Learning, also referred to as ML. You actually interact with ML every day of your life. The YouTube recommendation system, tiktok and snapchat filters, and text recognition in your photos are a few examples of these ML systems.

Even though the term Machine Learning sounds very sophisticated, Machine Learning is very easy for people to use. The only issue with Machine Learning is it typically requires a large amount of data in order to produce intelligent and accurate models. The term model in ML refers to a ML neural network that has been trained on data. Data is power. That is why companies like Google and Meta collect large troves of information about you at all times. Your data allows them to actually produce insanely powerful Machine Learning models. In this dev news video we released, we actually covered the production of one of the World’s largest supercomputers and it is owned by Meta for the use of training new ML models from data you gave them.

You may feel uncomfortable about that but riddle me this, what country performs massive amounts of data collection and its citizens have little to no human rights? Did one of you say China? If data is power, and data is needed to make the best ML applications, then China’s massive monitoring systems will inevitably give them the most sophisticated ML programs in the World. That is what keeps me up at night… But let’s get back to the A.I. Aimbot.

We need a ML model which detects humanoid objects in photos. Well this problem is actually way easier to solve than you might think. What if I told you companies like Meta and Google were actually giving trained ML models away completely for free? No joke, there are some models available that cost these companies thousands to hundreds of thousands of dollars to create and you can easily download and run them from websites like these. No strings attached.

At first I used Facebook’s Detectron2 object detection model but there were 2 issues that came up. It is difficult to set up for a normal user and it was very slow to run. So I ended up switching to Yolov5 which was made by Ultralytics, a US company that works with the Department of Defence. Yolov5 is short for You Only Look Once version 5, this is in reference to how the underlying ML code works.

This model runs much faster than Detectron and is way easier to set up. Also I’ll add visual feedback in our screen recorder so we can see what that model finds visually.

Epic, we can see the model is working and is able to identify humanoid characters along with a bunch of other stuff. Well we are just about done with this A.I. autoaim program, we just need to move the mouse to our target.

For mouse movement there are several packages in python you could use but most of those add overhead that slow down rapid succession of mouse movements. So instead we will need to directly use Windows API calls to move the mouse.

My god, I swear this is the most math I have done in years. Trust me, you don’t need to be good with math in order to be an amazing programmer AND you don’t need a college degree, use our nonprofit RootKit instead for your education. I know this may look pretty complicated to some of you and I promise it’s mostly all look and no bite. If you want a more in depth rundown of this code, then become a patreon supporter today. I will be giving free breakdown courses in our Discord server to all of our Patreon supporters only.

Finally let’s run this bad boi. And look at that, it works like a charm. To get it to run in another game, we just need to change this line of code here to the window title of that game.

Yes, it looks pretty botty, but it is 100% undetectable to anti-cheat systems since it is purely visual and uses A.I.. This will work in any game with humanoid characters also. The only reports you may get using this bot at its current state is from other players. This took me about 4ish hours to develop. With some more dev time I could smooth out the jitters and make this way more robust. Maybe I might do that… maybe if we reach 100 patreon subs I could be persuaded. Or, maybe one of you watching this video will make an update and push it to our repo on Github.

This is an issue that people need to be aware of. This will ruin competitive gaming forever if action isn’t taken soon. As A.I. systems continue to be developed and more powerful consumer hardware comes to the market, the rise of A.I., visual only cheats will only become more prevalent.

I believe there are only 2 real ways that developers can inhibit this from happening at a massive scale. 1st is a quick and easy fix and the 2nd is a more substantial and intensive fix.

1st, the easy fix would be monitoring of applications utilizing GPU resources in order to identify potentially malicious applications. This might work initially but unless the game is running as Administrator, cheat applications can be easily hidden due to privilege restrictions on the running game.

2nd, following Riot Game’s lead, creation of a rootkit based anti-cheat system. If you try to run this AI Aimbot in Valorant you will find that the mouse movement will no longer happen. This is because their rootkit stops software based mouse movements from happening. There are ways to get around this… But that is a video for another day.

I don’t think it would make much sense due to costs and security issues for every competitive game to develop their own rootkit base anti-cheat system. Instead it may be more beneficial for competitive game developers to collaborate on a shared 3rd party platform in order to produce a rootkit based anti-cheat system. The obvious choice that comes to mind is pressuring Easy-anti cheat to incorporate this in their systems since they are already developing anti-cheat software.

Please keep in mind that RootKit does not condone cheating, this is simply for educational purposes.

But wait, are you a developer? RootKit is a community driven nonprofit organization. If you have something you want to show off or teach people about, hit us up on discord. We will pay to have your content produced!

If you have questions about this bot, our nonprofit, or an idea of a future video join our Discord community and let us know!

We will see yall on the next one.