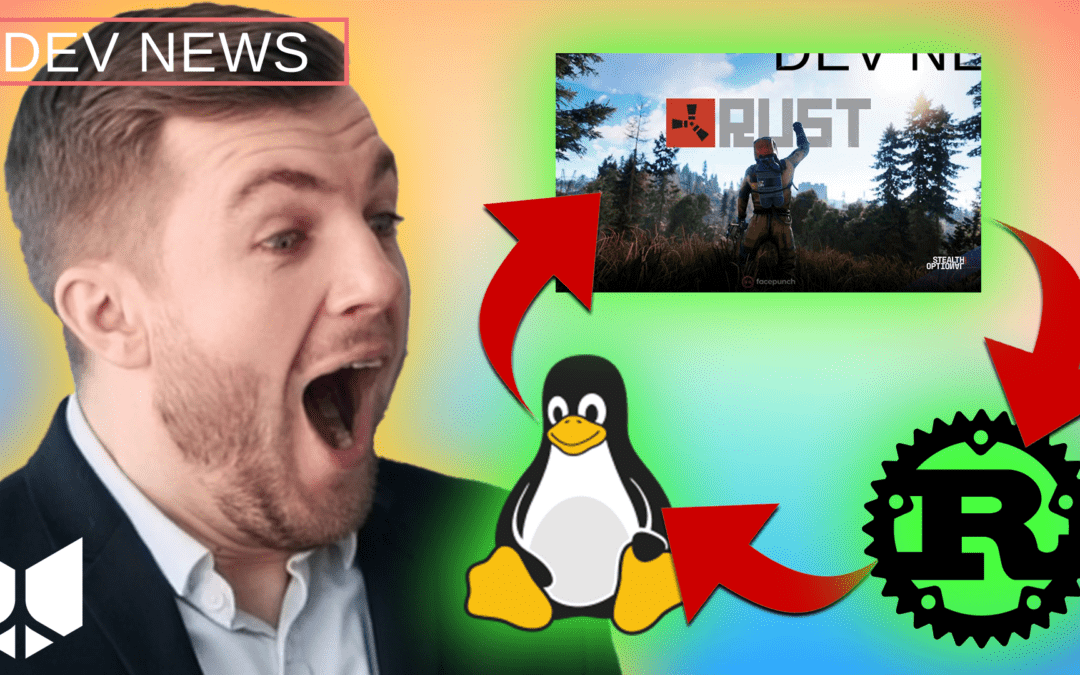 When I say Rust, what pops into your head? The enraging yet addicting game by Facepunch, the movie set where cinematographer Halyna Hutchins was killed, or the Rust programming language that has amassed a cult following. Well the Rust programming language has scored a huge win by becoming Linux’s second official language. Hopefully this won’t be adding any new Rusty holes in the kernel.

A game changing event happened for the Open Source world when the famous developer Marak, who is responsible for the npm packages ‘colors’ and ‘faker’, purposely corrupted his project rendering the package useless and causing Zalgo text to print in the terminal. This update ended up affecting thousands of applications like AWS’s massive Cloud Development Kit.

The developer cited that companies make millions of dollars using his repos but he doesn’t ever get a dime from them and believes that they should be paying for his continued maintenance and updates to the repos. I personally have mixed feelings about this, cause he is offering his packages free of charge and has his license to allow for free commercial use. So they don’t technically owe him anything, but I think if a company is profiting in the millions they should at least throw you a dollar or two. What do yall think?

The Let’s Encrypt organization has revoked millions of SSL certificates, effectively making a good portion of the internet unusable or sketchy looking for the majority of normal users. Even some of RootKit’s websites were hit by the revoked certs.

The certificates were revoked due to an invalid TLS challenge. Even though this was frustrating, I mean everyone using their certs, including us, can’t be mad. They are doing this all for free. For the betterment of the internet. They are basically angels.

“All active certificates that were issued and validated with the TLS-ALPN-01 challenge before 00:48 UTC on 26 January 2022 when our fix was deployed are considered mis-issued,” explains Let’s Encrypt Site Reliability Engineer (SRE), Jillian.

Unity has decided it wants to start taking on Unreal engine with one of their first actually meaningful acquisitions. They recently acquired Ziva Dynamics who creates SOTA simulations and deformations, machine learning, and real-time character creation. The demo video they produced was actually really impressive. I’m personally excited to see how game devs utilize these new tools! Hopefully garbage animations like this will be a thing of the past soon! (link vid of bad animation)

Even though Meta’s stock is now perfectly reflecting the plummeting amount of people that trust the company, they will be completing one of the world’s largest supercomputers this year. The Machine Learning community is very excited/worried to see what Meta has up its sleeve. We all hate Meta, but they are an industry leader in Machine learning. I mean they created the PyTorch library which is by far the best machine learning module ever!

We all hate Meta, but they be paving the future of Machine Learning applications.

.NET users everywhere are watching in anticipation for the full release of .NET MAUI. It is currently in preview and is showing incredible potential. This will allow C# .NET developers write fully cross platform applications on one code base. It will also be introducing hot reloading… Aye wait. This is feeling a lot like Flutter… Microsoft, are you copying someone else’s homework again?

For the 3 of you who made it this far in the video, you must really be nerds, my god. Well you might be happy to hear that OpenAI NLP service now has a competitor called Cohere. They literally offer the same services as OpenAI’s does. I would go as far to guess that Cohere is even using their own trained version of GPT-3 in the backend.

We have personally messed around with Cohere’s NLP and it does an ok job. The big perk is that it is way cheaper than OpenAI’s NLP service.

Oh no, this video is starting to lose it’s coherence! Quick, subscribe so you can get notified on the next dev news vid before it’s….